Funny, original, award-winning pantomime scripts
by Alan P Frayn
“I cannot remember using so many superlatives to describe one show” (The Stage)
“Exceptionally inventive – a panto that has everything!” (Amateur Stage Magazine)
Go to content 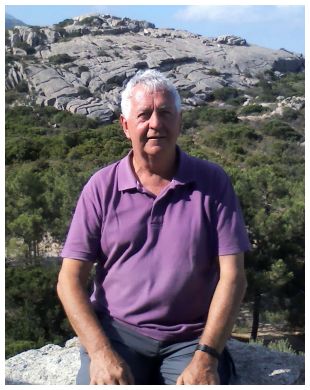 Alan P Frayn is, without doubt, one of the most experienced, busiest and most popular pantomime writers in the world of entertainment.
Born in North London, he now lives in Staffordshire with his wife, Sara and his two best friends, Tink and Tia (very lively Border Collies, who you may hear if you phone out of office hours!)
After several years touring as a professional musician, Alan decided to “conform” and studied for his degree at Sheffield University, where he also continued his involvement in entertainment, working nights at a top cabaret theatre club.  After graduation, he was appointed as Entertainment Director at Alton Towers, where he wrote and directed all productions over a 6-year period.
Since then, he has created numerous professional pantomimes and story-based ice spectaculars, which have been performed all over the world.  With over 27,500 professional and countless amateur performances of Alan's scripts, his shows have delighted audiences as far afield as the Lebanon, Kenya, Tasmania and Hong Kong.
Turning his hand to scripts for amateur theatre, he wrote about a dozen pantomimes for one of the largest scale productions in the UK, staged at a major 2,500 seat concert venue.  Like so many other pantomime producers, they were struggling to find scripts that were traditional, yet recently written, modern in style and with stacks of up-to-date comedy.
Revised and updated annually, Alan’s new series of 20 ground-breaking scripts provide the perfect vehicle to achieve a vast range of top quality up-to-the-minute pantomimes.  And by virtue of copious production and staging notes, they are flexible enough to suit a huge variety of venues, from village halls to large theatres.
Alan's experience and originality have now breathed new life into all the traditional pantomime favourites, together with several more unusual and original themes, enabling you to produce pantomime at its best!
Amateur Stage Magazine wrote ...
“…Alan Frayn is firmly established as one of the most popular present day writers and his scripts continue to go from strength to strength, with 150 productions choosing one of his pantomimes again this season.  As former Director of Entertainment at Alton Towers, Alan has a well-earned reputation in family entertainment and with many years’ experience writing and directing professional pantomime, it’s not surprising his new series of fun-filled scripts are in such demand!  Whilst traditional in style, Alan’s pantomimes are aimed firmly at audiences of today, being refreshingly original, fast-moving and packed with present day comedy.  They are also amazingly flexible, being suited to straightforward staging but offering plenty of opportunities for the more ambitious.  All aspects are well explained in extensive production notes and each script is revised and updated every year."
HOME | PANTOMIMES | READING COPIES | PRICES | LICENCE | AUTHOR | FAQs | TERMS | CONTACT | General Site Map